Please note: My daughters and I were invited to a private Lalaloopsy event at our local Build-A-Bear store.  We received free products when we experienced the brand new Lalaloopsy final stitch party.  The opinions expressed are my own.

If you are familiar with Lalaloopsy you know that they were once rage dolls that magically came to life when their very last stitch was sewn.  For the first time ever, fans are able to sew their last stitch.  In a really cool part of getting your Build-A-Bear Lalaloopsy doll  (in addition to putting a heart into the doll, which is always a child’s favorite activity for any stuffed animal in the store).   Each of the Lalaloopsy dolls have their own story to tell. Did you know that Crumb’s birthday is December 4th, which is National Cookie Day.  There’s fun trivia for each doll!

These dolls are priced at $28.00.  Bring extra money for clothing and accessories!

Get your very own Lalaloopsy Super Silly Party invitations to use as you please!  Click here for the printable PDF which includes 5 invitations you can choose from to personalize for your own party!  If you only want to use one of the five pages, indicate that when you print.

There are a few other new Lalaloopsy products that were released for their 5th birthday including a real baking oven (like the ones we had as kids) and a new DVD – Lalaloopsy: Band Together [DVD + Digital].

Do you have a favorite Lalaloopsy doll?  When is the last time you were at Build-A-Bear?  We would love to know.  Just leave a comment below!

Don’t miss the latest and greatest. Sign up for our daily email. 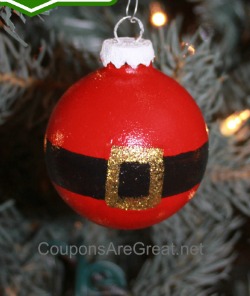